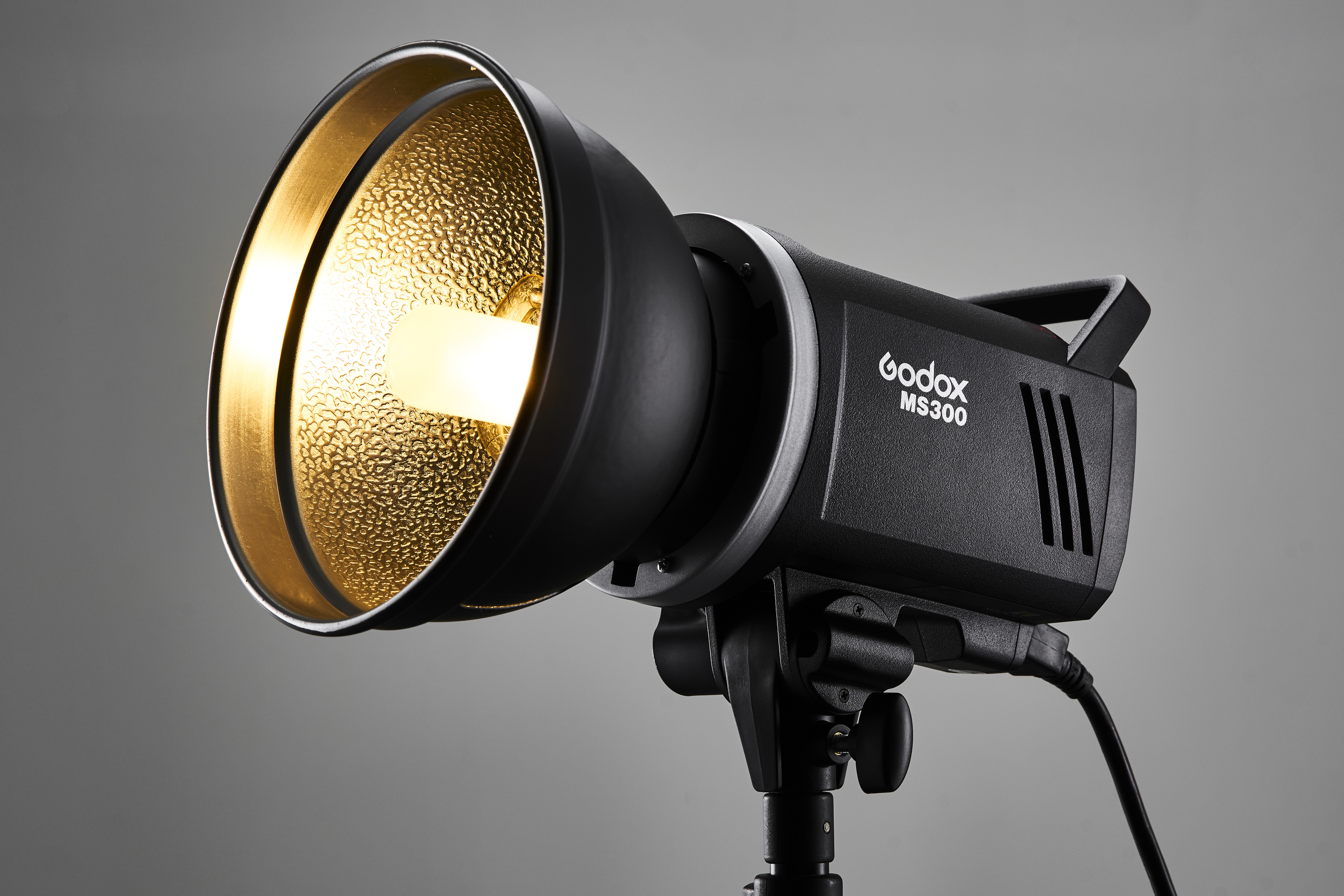 *** Update! Scroll to the end to read about an overheating issue ***

Godox have added to their already broad range of studio lights with the Godox MS300 – a 300Ws monobloc with stripped down features but with a really competitive price and compatible with the whole Godox ecosystem.

The announcement caught my attention for a few reasons, the first one being just how ridiculously cheap it is. The second being it doesn’t look as cheap/odd as the other studio heads and the third is that it’s fully compatible with their native radio triggers.

I picked up a couple of MS300s for £103 each, around the same price as the modelling bulbs for my Profoto heads. They’re to supplement my existing kit of Pixapro CITI600 Pro heads (Godox AD600 Pro) in my Bristol photo studio.

Everything with the MS300 has to be taken in context of the price, which at £103/$99 is less than most cheap speedlites. There’s no TTL or HSS, but I don’t think I’ve ever used either of those functions in the studio. The power output (more on this later) isn’t huge but for most applications 300Ws is fine – assuming you don’t need fast recycling times. It comes well boxed and includes a standard s-mount reflector, which is a nice bonus, and also a decent length power cable.

The MS300 looks quite nice, fitting in well with the CITI600/AD600 units. It’s no frills, a handful of controls on the back and that’s about it. The umbrella mount looks very similar to the one on the AD600 Pro although the tension is higher so actually grips umbrella shafts better. The locking handle, much like the whole unit, is tough plastic but even so if feels sturdy enough – on a recent shoot I used on with a large stripbox and another on a boom with a smaller strip box and neither slipped over a whole day. Years ago I had a set of Elinchrom D-Lite heads and they sagged badly so I was a bit sceptical of how the Godox MS300 would perform. The modelling lights are usable but, to be honest, the only modelling lights I’ve ever used that were really bright enough are on Profoto’s Acute D4 and rate at 500w.

On the back of the MS300 you can control groups, slave mode types, buzzer and modelling light control. The main dial is a nice feeling rubber unit that turns and clicks reassuringly. The rear display is nice and clear and easy to read. Alongside the built in radio receiver there’s also the option to use a USB receiver and a 3.5mm sync cable.

– the power can be adjusted by 1/10 of a stop, a nice feature over the normal 1/3 stop adjustments
– the head can be assigned to groups from A-E as well as 0-9, great for larger lighting setups
– the built in carry handle is a real help and overall build quality is good

Criticisms? I mean for the price you can’t really have any. But if I was being *really* picky…
The minimum power is only 1/32 but for most studio work this isn’t a huge deal breaker. Annoyingly if you try and turn power down below 1/32 on the trigger it turns the light off completely. The modelling light is a traditional bulb rather than an LED so can get a bit hot (my studio doesn’t have much airflow so can get a bit warm)

I’ve only had a couple of shoots so far with the MS300 and all seems good. Colours are consistent, no misfires and no issues with larger modifiers. For the price point it sits at the only real alternative is Elinchrom’s D-Lite RX One but it has a third of power, doesn’t hold large modifiers (in my experience) and still costs £40-50 more.

Godox also do a 200Ws version of the head for a fraction less in cost. The 300Ws sits nicely with the AD600 Pro heads though, having half the amount of power – so working out power ratios is really easy. If you’re mainly shooting with bare reflectors 300Ws should be plenty for product and studio work. On my last shoot I was using a large stripbox through a diffuser and I ended up using full power a fair bit (shooting at f/14 at ISO 125 for reference). If you’re a portrait photographer shooting quite wide open they’ll have more than enough power.

I’ll do a more in depth review after a few months when they’ve had a good run in the photo studio.

It’s been eight months since my first thoughts on the MS300. Nothing has changed in terms of my views on the light. It’s still a bargain, it’s still a perfectly good mains powered monobloc. But I’ve had one issue that’s pretty major and left one unit nearly unusable.

It happened on a recent shoot. I noticed the boomed light wasn’t firing. When went to check the light had dangerously overheated.

As the above image shows the modelling light had caused the unit to get progressively hotter until the plastic screw mounts had melted, causing the metal s-mount to (nearly) fall off.

The heat had caused the inbuilt trip to stop the unit firing but, crucially, it hadn’t turned the modelling light off. Thankfully I noticed this before the mount had completely melted off – and sending a glass fresnel modifier on to the set.

I think an issue here was the choice of modifier – the fresnel unit is quite enclosed so air flow isn’t great. That said I’m surprised the heat trip didn’t turn off the modelling light as well as prevent firing.

So a word of warning, use the modelling lights wisely! The unit still fires but now can only really be used bare bulb with umbrellas.