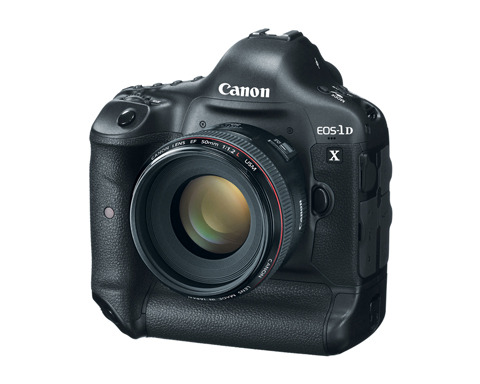 Canon announced their new top level pro camera to a eager industry, appearing to follow in the steps of Nikon’s pro lineup with a full frame fast shooting full size DSLR. For many years us Canon shooters have bemoaned the fact that jobs are divided into two categories – one that’s in the wet or needs AF (1D series) or one that doesn’t (5D series). It’s always meant carrying extra kit and compromising on jobs. Nikon’s D3 series changed that with a full frame system that had good AF and build quality.

So enter the Barry Big Bollocks of cameras, the Canon 1Dx. 12 frames a second, full frame, full HD recording, lots of buttons and an ethernet port (eh?). High ISO performance as well? Damn straight mofo. Just a shame about that price then – especially when you consider most photographers work with two bodies.

If, for example, you splashed out on two bodies (which is £11k, or a deposit on a house) will you ever generate an extra £11k of income? Very doubtful, even if you hold on to the 1Dx for four or five years. Even if you have the cash will the bells, whistles and flashy bits make you a better photographer? That’s a pretty definite no.

On the plus side the 1Dx could indicate a few things. Firstly a few hints as to where the 5D III will be headed – increased pixel count to distance it from the 1Dx, much better video controls, very high ISO performance. It’ll also drop second hand prices as people pass on their 1D IV or 1Ds III cameras (and a knock on effect on prices of 1D III and 1Ds II).